Caroline Kennedy, Supporter of Barack Obama, May Have Hillary Clinton to Thank In the Long Run 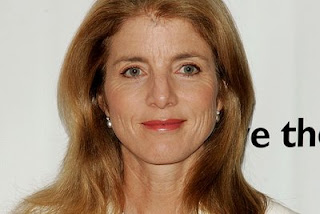 Will Caroline Kennedy enter the family business of politics, or has she done so already and few have noticed? As a member of Barack Obama's VP sweepstakes team, Caroline was spotted with colleague Eric Holder at a local DC eatery, presumably talking about the VP possibilities for the boss. But as this USA Today story notes, Caroline may be thinking of a political career herself, once the 2008 campaign is over. The mind swims with possibilities: Perhaps she might run for Congress from Suffolk County, Long Island, where her family has a home in the Hamptons. Bear in mind, Suffolk is a lucky place for the Kennedys. The last stop in the 1960 campaign for her father, John F. Kennedy, was from the old Commack, N.Y. Arena before flying home to Massachusetts for the vote counting. If Caroline ran for office in New York, presumably she'd seek the blessings of NY Sen. Hillary Clinton. Or better yet, perhaps Caroline helps Hillary get the VP nod, the Obama-Clinton ticket wins, and Caroline runs for the US Senate seat vacated by Hillary! How that's for the game of fantasy politics? No matter what happens with Sen. Obama, if Caroline Kennedy seeks higher office in politics, she'll undoubtedly have Hillary Clinton to thank in some way. Hillary's campaign certainly helped future women seeking higher office.