Profiles in Couture: JFK as Ralph Lauren; Does this New 'Kennedy' Line of Men's Wear Put the 'K' in Couture? And What's the Deal With That Jackie? 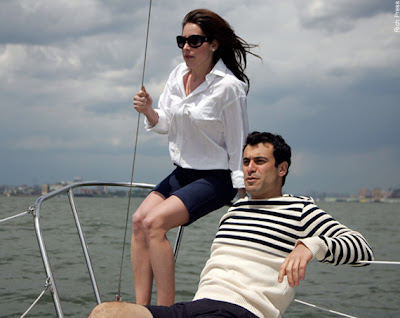 Was John F. Kennedy really just Ralph Lauren in disguise? Proving again that summer is the silly season for newspapers, the NY Post reports on the new men's wear "inspired" by JFK. For those Jack wannabees, the Hamptons is just for the place for dressing casual and asking the Jackie in your life for a sail. Of course, the Jackie in this photo looks more like Maria Callas, Aristotle Onassis's previous girlfriend, than the real Mrs. Kennedy.
Email Post
Labels: Jackie Kennedy Jacqueline Kennedy JFK Kennedys President Kennedy Ralph Lauren