VIDEO: "The Kennedys: America's Emerald Kings" By Thomas Maier and New Warner Bros. Documentary Based on Book, Along with Oliver Stone's "JFK"

REUTERS- The controversial highly-charged story surrounding John F. Kennedy's assassination is revisited with the November 11 release of Oliver Stone's JFK as a Three-Disc Ultimate Collector's Edition from Warner Home Video. The UCE will feature The Kennedys: America's Emerald Kings, an extraordinary new documentary from filmmaker Robert Kline based on Thomas Maier's acclaimed book about five generations of the renowned political family. Unique to the documentary is political and private footage of the Kennedys not widely available to the general public. The Kennedys: America's Emerald Kings documentary will be premiered on November 10th at Boston College and also screened on November 12th at Fordham University/Lincoln Center. Both universities
have the largest Irish studies programs in the country.

The Kennedys: America's Emerald Kings is an American saga about the Irish Catholic experience. It encompasses five generations of the Kennedys' and Fitzgeralds' lives -- starting from 1848 in Wexford, Ireland and ending in 21st-century America. The film was adapted from Thomas Maier's highly acclaimed book The Kennedys: America's Emerald Kings from Basic Books, re-released in July 2008. The documentary provides a look at both the family's tragedies of poverty and
political oppression and their successes and the triumphs of the White House years. It embodies the most complete work on this Irish American family and their unique place in American history and culture.
Basic Books
Greg Houle, 212-340-8163
Greg.Houle@perseusbooks.com 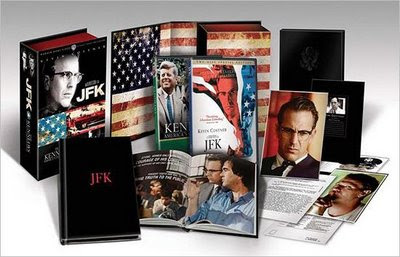