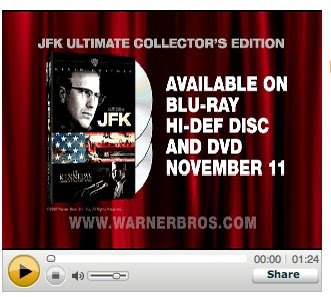 Oliver Stone's movie "JFK" is now being sold with a new Warner Bros. documentary based on the newly updated book of the same name, "The Kennedys: America's Emerald Kings". Here's an old clip of Siskel & Ebert reviewing Stone's film when it originally came out. It's now available on Blu-Ray DVD. The book can be found at Amazon.