Caroline Kennedy Sweepstakes: VIDEO: The Dynasty Issue - Of Kennedy Kings and Queens and What an Irish Chieftain Means Today 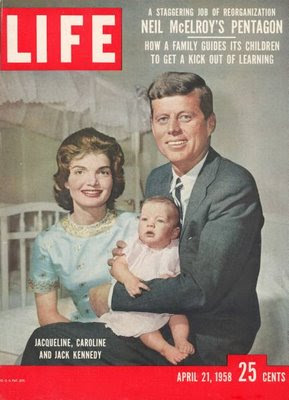 Dynasty! Monarchy! Shades of Camelot! The casting of the Kennedys as some kind of American royalty has always struck me as a bit ironic. JFK's great-grandfather as Irish Catholic immigrant worker who died of cholera. His grandfather was a local pol whose mother ran a tavern. If not for his wily old man, who made a fortune in booze, stocks and real estate tips from the NY archdiocese, John F. Kennedy probably never would have been president. (Hence, the title of my book, "The Kennedys: America's Emerald Kings," refers both to that miscast Camelot label perpetuated by the late Theodore H. White in recalling JFK soon after his assassination, and even more so to the idea of a Irish chieftain and that kind of clannish character that the Kennedys brought to American politics.
(If you're looking for a Christmas 'best book' buy at the last minute, why not read all about it? Sorry for the commercial!)
So, my friends, the Senate bid of Caroline Kennedy is bringing up the old dynasty concerns again. The idea of this Camelot princess suddenly deigning to ask for the Senate seat, as if claiming a family heirloom, a political crown just waiting to be placed on her head, is rightfully galling to all the democratic Republicans in the land. But is that really a fair charge?
After all, Caroline Kennedy came of age as a New York politician by directly and quite publicly opposing the presidential bid of Hillary Clinton, the heir to the Clinton political legacy. (All this makes you wonder what office Chelea Clinton may be eyeing down the road!) And she backed the presidential bid of an African-American first-term Senator who clearly seemed a long shot this time last year. The election of Obama to the highest office in the land is hardly the act of dynastic politics -- quite the contrary. So Caroline Kennedy doesn't seem monarchist but someone who, late in life, may have found something about herself that she didn't know existed -- that in a family full of politicians, she may prove to be one of the most surprising of all.

Visit msnbc.com for Breaking News, World News, and News about the Economy