"It often begins in the back seat of a parked car. It's hurry up and get the job done. The back seat of a car hardly provides an opportunity for the expression of personality." — William H. Masters

Into the dark, two beams of light showed the way. The piercing headlights from a Plymouth automobile cut a path through the unrelenting blackness of the Missouri countryside. Slowly the car carrying Mary Virginia Eshelman and her high school boyfriend, Gordon Garrett, rumbled down Route 160, a vast asphalt stretch without street lamps, where only the stars and moon lit the evening sky.

For his date with Mary Virginia, Gordon borrowed the brand new Garrett family car — a green 1941 sedan with a shiny chrome grill, protruding hood ornament, muscular fenders, and an ample backseat. They motored past rows of homesteads and crops, carved from the tall grass prairie. That evening, they joined friends at The Palace, the town's only theater, where the melodies and dancing of Hollywood musicals let them escape Golden City's dullness. Newsreels made them aware of another larger world outside their tiny hometown of eight hundred people. Bordering the Ozark Mountains, Golden City seemed closer to rural Oklahoma than big-city St. Louis — both in dirt miles and in Bible-thumping spirit. Before heading home, Gordon turned the Plymouth off the road and dimmed its lights. Noise from the tires, pressing loudly against the gravel stones, suddenly came to a halt, followed by a palpable hush. Snuggled beside each other, Mary Virginia and her boyfriend parked in a secluded area where they would not be spotted.

In the front seat of the car, Gordon opened her blouse, loosened her skirt, and pressed himself against her skin. She didn't move or resist, just stared at him in wonderment. Mary Virginia never had seen a penis before except, as she later remembered it, when her mother changed her baby brother's diaper. On that night, shortly after her fifteenth birthday, Mary Virginia Eshelman — later known to the world as Virginia E. Johnson — was introduced to the mysteries of human intimacy. "I didn't know anything about anything," confessed the woman whose landmark partnership with Dr. William H. Masters would someday become synonymous with sex and love in America.

In her puritanical Midwest home, Mary Virginia learned sex was sinful, something far removed from the breathless tales of storybook romance she imbibed at the movies before World War II. Like many women of her generation, she learned that sex, at best, was a thankless chore, better left for the confines of marriage and bearing a family. Years afterward, she'd refer to Gordon Garrett anonymously as the "boy with fiery red hair." She masked his identity just as she concealed any unpleasant truth about her life, any memory of love that eluded her. As she admitted decades later, "I never married the men I really cared about." But she would never forget Gordon Garrett, or that night outside of Golden City, when the two teens lost their innocence.

Along the roadside, the young couple huddled in shadows, necking in the front seat until they slid into the back. Heavy breathing fogged the windows. Automobiles, still new to a place like Golden City, provided a relatively private place to be alone. Gordon pulled the clutch brake to make sure the family's parked car didn't roll away while their attention wandered elsewhere. Throughout high school, Mary Virginia shared many moments growing up with Gordon. About six feet tall with a farm boy's physique, he was rugged enough to play on the school's football team but sensitive to Mary Virginia's finer interest in music. They were a steady couple during senior year, constantly seen together. Gordon was her beau. 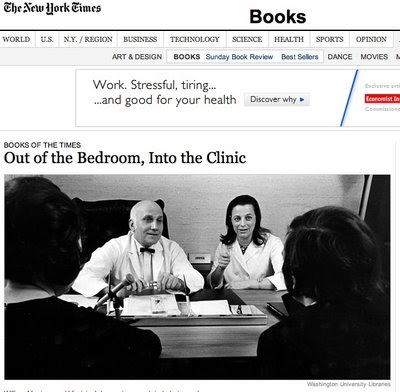 After skipping two grades, Mary Virginia found herself considerably younger than the rest of her Golden City High School class, including the redheaded Garrett boy, already turned seventeen. Eager to please, she possessed light-brown hair bundled in corkscrew curls, empathetic gray-blue eyes, and demure, slightly pursed lips. She usually wore an enigmatic Mona Lisa–like grin, which could easily burst into an engaging smile. Like other Eshelmans, she had the distinctive bone structure of high cheekbones, an upright posture, and perfectly poised shoulders. Mary Virginia's willowy frame suggested enough of a bosom to make her seem mature, though in their assessment some boys could be downright mean. "She was a tall, slim, flat-chested girl," remembered Phil Lollar, then a slightly younger fellow who lived near her farm. "Just an average-looking girl." But most teenagers in Golden City admired Mary Virginia's sense of style in a place sorely in need of it. In this small-town world, she talked, dressed, and acted like a young lady, enough so that even friends in Golden City's class of 1941 didn't guess her true age. Her most memorable attribute was her voice — a captivating, finely nuanced instrument she developed as a singer. Gordon's older sister, Isabel, said Mary Virginia's clothes never seemed ragged or disheveled, the sorry way some farm kids appeared during the throes of the 1930s Dust Bowl. Her brother's girlfriend "always kept herself clean and neat and feminine-looking," Isabel recalled. "She was pretty."

Driving in Daddy Garrett's brand-new Plymouth seemed right and proper, as close to a royal carriage as Gordon could muster for his prairie princess. Unlike other Depression-era youth, Mary Virginia always acted confident in her tomorrows, perhaps because her mother, Edna Eshelman, wouldn't have it any other way. "I think Gordon liked her a lot," recalled his other sister, Carolyn. "Her mother was 'the best is none too good' and Mary Virginia was like that too." The Garrett sisters perceived Mary Virginia as a good girl, the kind a boy like Gordon could proudly escort to the graduation dance and might someday contemplate marrying. Certainly, they assumed, she wouldn't be found frolicking in the backseat of the Garrett family car.

At this tender age, Mary Virginia already understood the duplicities of modern life for young American girls like herself. She knew the right words to say, the customs to observe, the dishonesty among the moral zealots and fundamentalists insistent on a woman's lot in life. Yet she resolved never to lose that independent part of herself. She would embrace life on her own terms, regardless of what her mother or anyone else said. Earnestly, she played the part of a "good girl" — both in school and at home — though in her heart she knew she was not. "I always lived the facade of mother's little lady but I always did exactly what I wanted to do," she explained. "I just never let it be known."

On the night she lost her virginity, Mary Virginia's experience wasn't forced, sweaty, or profane. The simple act finished within minutes. Sex felt pleasant enough for her, though far from familiar. Any thoughts of orgasm, sexual performance, or mutual satisfaction — the stuff of her intense, lifelong scientific studies with Masters — were then the furthest thing from her mind. Instead she trusted her boyfriend to know what he was doing. Only later in life did she realize it was probably Gordon's first time too.

"It just evolved and was very natural," she said, both wistfully and amused, of their backseat encounter. "It would have shocked my mother to death."