Pooh-Poohing Pee-Wee? Claims He'd Call "Masters and Johnson" Expert to Bolster Innocence in "One Hand Vs. The Other" Defense 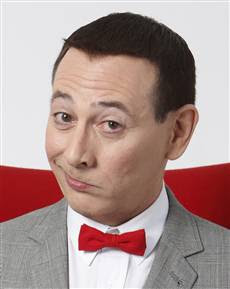 When you're a high-minded biographer like myself, you're occasionally asked a question that makes you squirm. Sometimes, it's because you don't know the answer. Other times, it's because you wish you weren't asked the question in the first place.
A friendly journalist at Playboy, Chip Rowe, called me the other day about this reply that Paul Reubens (aka, TV's "Pee Wee Herman") gave to his magazine when asked about the 1991 arrest for indecency that virtually wrecked poor Pee Wee's career with the kiddies and their parents. Chip asked if I knew who might have been willing to testify among the Masters and Johnson staff on Pee Wee's behalf? I told Chip that I might have an idea, but the person I have in mind spoke to me in confidence for my book about Masters and Johnson and I couldn't reveal this person's name. I was really sorry to do that because the Playboy Foundation was very gracious to my book and Hugh Hefner consented to a very illuminating interview as part of the research. As my biography of Masters and Johnson recounts, Hefner is very proud of the financing that his foundation provided for the medical research done by Masters and Johnson, particularly at a time in the 1960s when government and academia shunned them. By the early 1990s, the Masters and Johnson clinic had virtually closed down, with Virginia in near retirement and Bill suffering from Parkinson's disease and winding down his medical practice. I'm virtually certain they wouldn't have testified for Pee-Wee. A former staffer who might have been willing to be called for the defense was an early source for mine in the research. I couldn't reveal this source without breaking my off-the-record promise. So unfortunately, I was no help in solving the Great Pee-Wee Mystery.
Email Post
Labels: "Masters and Johnson biography Chip Rowe Hugh Hefner masturbation Paul Reubens Pee Wee Herman Playboy Playboy Foundation