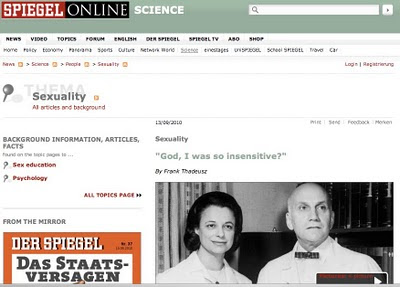 Over in Germany, the work of Herr Maier is getting an expansive review in the current edition of Der Spiegel, the leading European newsweekly. (Unfortunately, Herr Maier wasn't a whiz in German... or French or Spanish for that matter... so I don't know what they're saying about the book, but I'm assured it's good.) What is also interesting is the video for Der Spiegel's iPad version that accompanies this article.

This just in from Hamburg, an English translation (more or less):

"God, I was so insensitive?"