Tina Brown Takeover at Newsweek Reminds of Her Challenges at Vanity Fair, as Recalled in "Newhouse" bio 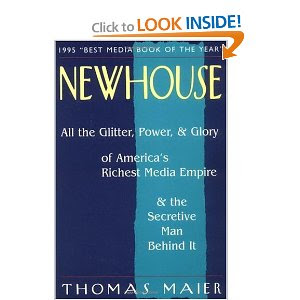 The return of Tina Brown to the world of print magazine journalism, taking over the reins of Newsweek, reminds us of her 1980s revival of Vanity Fair as recounted in my biography "Newhouse", voted best media book of 1994 (my, how Time flies!). 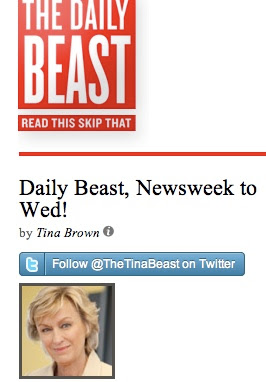 Tina's exclusive interview for this book recounts the excitement of that era. She was really the only one of the top Newhouse people who actually would agree to be interviewed for that book. I interviewed Tina at breakfast at the Royalton, in the velvet booth where she would hold court in those days. She followed up with some conversation over the phone, and it was a fascinating tutorial on what makes a great editor. But I think today's era of iPad, video and print journalism is far more challenging, even for someone as talented as Tina Brown. Here's Jack Shafer's account in Slate, which I think very accurately sums up Tina Brown's appeal and loyalty in the media world.
Email Post
Labels: "The Daily Beast Newsweek S.I. Newhouse Si Newhouse The New Yorker Thomas Maier Tina Brown Vanity Fair