Saints Be Praised! Palin Takes on JFK on Church Vs. State Speech and Irks Kennedy's Niece 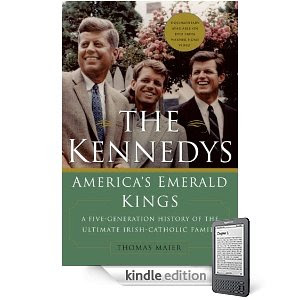 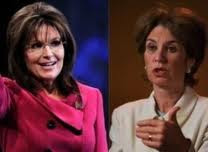 Of course, readers of "The Kennedys: America's Emerald Kings" already know much about the Kennedy's Irish Catholic background and about the origins of JFK's 1960 speech before the Houston Ministers. But Sarah Palin recently gave her own interpretation which evoked this response from Kathleen Kennedy Townsend:

Sarah Palin has found a new opponent to debate: John F. Kennedy.
In her new book, "America by Heart," Palin objects to my uncle's famous 1960 speech to the Greater Houston Ministerial Association, in which he challenged the ministers - and the country - to judge him, a Catholic presidential candidate, by his views rather than his faith. "Contrary to common newspaper usage, I am not the Catholic candidate for president," Kennedy said. "I am the Democratic Party's candidate for president who happens also to be a Catholic."
Palin writes that when she was growing up, she was taught that Kennedy's speech had "succeeded in the best possible way: It reconciled public service and religion without compromising either." Now, however, she says she has revisited the speech and changed her mind. She finds it "defensive . . . in tone and content" and is upset that Kennedy, rather than presenting a reconciliation of his private faith and his public role, had instead offered an "unequivocal divorce of the two." 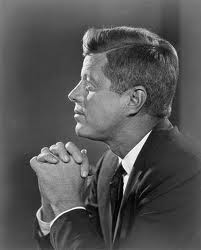 Palin's argument seems to challenge a great American tradition, enshrined in the Constitution, stipulating that there be no religious test for public office. A careful reading of her book leads me to conclude that Palin wishes for precisely such a test. And she seems to think that she, and those who think like her, are qualified to judge who would pass and who would not.
If there is no religious test, then there is no need for a candidate's religious affiliation to be "reconciled." My uncle urged that religion be private, removed from politics, because he feared that making faith an arena for public contention would lead American politics into ill-disguised religious warfare, with candidates tempted to use faith to manipulate voters and demean their opponents.