Remembering Sargent Shriver, the Peace Corps and the Impact of the Kennedys' Catholic Background On That Mission 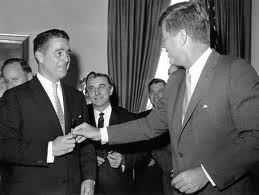 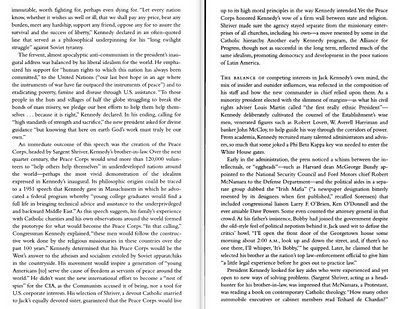 With a remarkable family of inlaws, R. Sargent Shriver managed to excel on his own in public life. Shriver passed away today at age 95, known as the 1972 vice-presidential running mate of George McGovern and who later ran himself for the 1976 presidential nod. But Shriver is best known as the first head of the Peace Corps under President Kennedy, his brother-in-law. Here's what my book, "The Kennedys: America's Emerald Kings" had to say about the impact of Shriver's own background in putting together that organization.
Email Post
Labels: Catholic John F. Kennedy Kennedys Peace Corps President Kennedy Sargent Shriver Thomas Maier