From The Hollywood Reporter Cover Story: Showtime's growth under David Nevins, How He Signed "Masters of Sex" While Up in the Air.

From The Hollywood Reporter Cover Story: Showtime's growth under David Nevins, How He Signed "Masters of Sex" While Up in the Air: 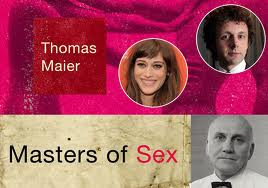 "Also in contention for a slot on Showtime's 2013 schedule is Masters of Sex, adapted from Thomas Maier's book about the intriguing lives and unusual relationship of married professor William Masters and his former assistant Virginia Johnson, 1950s era pioneers of the science of human sexuality. This project, too, plays into Nevins' desire to offer what the other networks cannot with both its explicit language and many sex scenes, including an early one in which Masters observes a prostitute and her client having intercourse. "I've been leery of doing period fare, but I think the subject is so specific, so provocative and so contemporary that I got over it," explains Nevins, who was urged to read the Maier book when he bumped into producer and longtime friend Sarah Timberman on a plane ride to New York shortly after taking the gig. "By the time the plane landed, I said, 'Yes, we have to do this,' and she said, 'I think I can get [The Pacific writer] Michelle Ashford, who both of us have known for a very long time,'" he recalls, adding of the New York-based project starring Lizzy Caplan and Michael Sheen, "It was at the top of the list from that moment on." 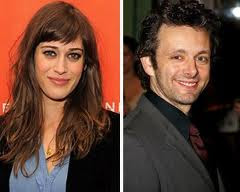 He has spent multiple days on the set of both pilots, one of the perks of working in cable, where far fewer projects are in production at any given time (Showtime typically has three to four projects going, with plans to expand). That freedom to be hands-on, as he was for nearly a decade at Imagine -- where he produced such series as Friday Night Lights, Arrested Development and Parenthood -- is chief among the reasons Nevins agreed to take the gig. (Although this time around, he sits before the bank of cameras with a headset dangling from his neck taking stock of what the producers have gathered, since he has been off running the network.)" Bonus Mystery Question: What Other Well-Known Theatrical Figure Was Seen Wearing Headsets on the Set During Filming of "Masters of Sex" Pilot? Stay Tuned for Answer. 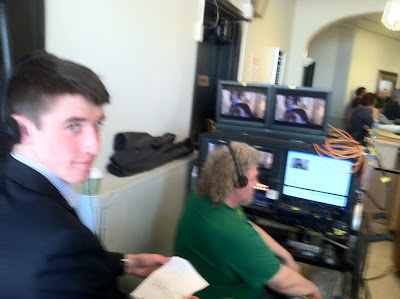