Lizzy Caplan talks about "Masters of Sex" to Chicago Tribune

The Chicago Tribune's Redeye.com just interviewed Lizzy Caplan and managed to ask her about "Masters of Sex," the upcoming "Showtime" project. I just hope the Tribune remembers how nice they were to this book. 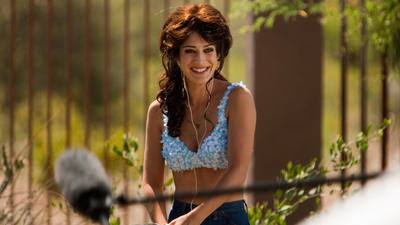 TRIBUNE'S REDYE: A lot of people are interested in Showtime’s “Masters of Sex” coming up, in which you play renowned researcher Virginia Johnson. What do you think society would be like without the research she and William Masters (Michael Sheen) contributed? There’s two ways of thinking about it. On the one hand, I think that it would be radically different because they created a ripple effect that we’re still seeing today. They changed the public’s view of sexuality. It was totally them doing that. People weren’t using sex to sell things really before them. All of the changes that we see now—a woman’s magazine was about cooking and cleaning, it wasn’t about like how many orgasms can you have. It just wasn’t. And while I think the culture was changing around the time that they were becoming famous, I think the trajectory would have been slightly different had they not been around. The woman’s movement was already starting to happen, but in terms of women claiming their sexuality for the first time, that was all Masters and Johnson. And so as a woman, I look back at what they did and I know every part of my life was affected by what they did. Everything we see on TV, every show I go out for, has so much to do with these two, seemingly buttoned-up Midwestern researchers that managed to do something that nobody else was willing to do. Nobody wanted to touch this kind of research. TRIBUNE'S REDYE: These days somebody going for the title “Master of Sex” probably isn’t doing a lot of research. [Laughs.] Well, that’s the title of the book that it’s based on. We’ll see if that title sticks. Because while I understand you sort of need to be very titillating to sell a book, I think our show—I don’t know if that [laughs] helps or hurts our show that it’s called “Masters of Sex.” Even though they were, in fact, masters of sex.
Email Post
Labels: Chicago Tribune Lizzy Caplan Masters of Sex Michael Sheen Redeye edition showtime Thomas Maier