The New York Times touts "Masters of Sex" in calling its star Lizzy Caplan one of the "breakout" actors for the upcoming year. Caplan plays Virginia Johnson in the new Showtime series based on the book "Masters of Sex", along with actor Michael Sheen who plays Dr. William Masters. 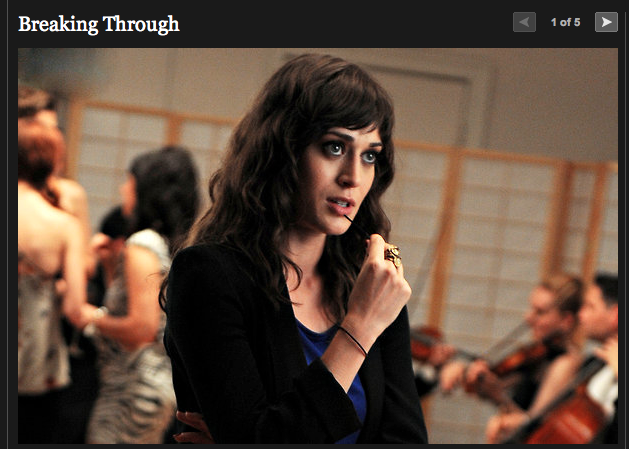 
Already something of a veteran of American comedy at 30, Lizzy Caplan has built up a résumé of sharp supporting turns in hit movies (“Mean Girls,” “Hot Tub Time Machine”) and television cult favorites. But “Bachelorette” — the bawdy “Bridesmaids”-meets-“Hangover” farce that the writer-director Leslye Headland adapted from her own Off Broadway play — is the first opportunity for the bright, sardonic, immensely likable Ms. Caplan to demonstrate her range on the big screen.
This is shaping up as an overdue banner year for Ms. Caplan, who had two films at the Sundance festival (“Bachelorette” and the breakup comedy “Save the Date”) and just shot a Showtime pilot, “Masters of Sex,” about the sex researchers Masters and Johnson, with Michael Sheen.
Email Post
Labels: Breakout actors Lizzy Caplan Masters and Johnson Masters of Sex Michael Sheen. New York Times showtime