Variety: Could 'Homeland' and 'Masters of Sex' Be Paired Together for Sunday Nights Next Year? Possibility Floated in Interview with Showtime Prez

Could "Masters of Sex" appear on Sunday nights next year around this time with the Emmy-winning "Homeland"? 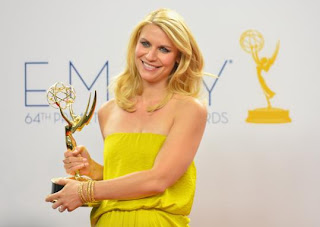 Variety suggested in an interview with Showtime's David Nevins that such a possibility could be in the cards.
Here's a portion of that interview:


It's hard to overstate how "Homeland's" success is shaping the direction of Showtime. The pay cabler hopes to capitalize on its momentum with "Homeland," as well as "Shameless" and "House of Lies," with two new drama series on deck for next year, "Masters of Sex" and "Ray Donovan." Nevins hinted that one or both may wait until this time next year in order to get the promo boost of premiering alongside "Homeland" or "Dexter."