With the new edition of "Masters of Sex" soon to come out, actor Michael Sheen is being asked about translating the book into the new Showtime series "Masters of Sex." Sheen was asked these questions while promoting his new film, "The Twilight Saga: Breaking Dawn Part 2." 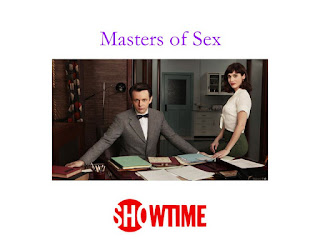 CraveOnline: I got to see a preview of “Masters of Sex” at the Television Critics Association this summer. What sort of research did you do on Masters and Johnson?
Michael Sheen: There’s the book obviously about Masters and Johnson which I read, which was fantastic and really useful. I met an OB/GYN guy here in L.A. who had been working around the same time that Masters was working, so I got a sense of what the world was like at that time as well. As we go into series now, in late January I think we start shooting, then I’ll start doing more and more research again but it’s a fascinating, fascinating story. There’s the possibility of telling that story season after season if it goes that long, but their story goes through the ’50s, ‘60s, ‘70s, ‘80s. Who knows? We’ll see but their story actually goes through that time because their story is mirrored by what’s going on in society in each decade in terms of their relationship to sex. So it’s kind of fascinating, the sexual revolution of the ‘60s into the ‘70s. Then the influx of porn in the ‘70s and the sexual liberation. Then you’re starting to see the advent of AIDS in the ‘80s and how all those things affect their work and how their work affected all those things, so it’s a fascinating story. I’m looking forward to it.

Of course they probably showed us the most outrageous sexual clips, but is every day a closed set on that show?
Michael Sheen: Pretty much, yeah. It’s kind of full on. It’s pretty intense with all that stuff because obviously the nature of their work is sex research. He started off by working with prostitutes, watching prostitutes at work through a little peephole, writing everything down to then working in secret within the hospital and doing research with women. He invented this machine which was this sort of glass dildo really with a light inside it that you could look through and watch what’s happening whilst a woman brings herself to climax. That’s not something you see every day on a TV show. And then eventually he’s monitoring people having sex with each other, strangers having sex so it’s pretty intense every day, but fascinating.
Do you have to be prepared to go full frontal, or is your character safe from that?
Michael Sheen: I don't know, we’ll see. I don't think anyone’s safe. I think at some point everyone will get involved, so we’ll see what the writers come up with.
So that’s the outrageous side. What is the meaty drama side of it?
Michael Sheen: Well, it’s about these people and the relationships between them because for all the work they were doing on sex, their own private lives were very, very complicated and not as open as the work they were exploring. It is a really fascinating dynamic between these characters.

From Michael Sheen interview with Collider.Com:
Having seen some clips for your new Showtime drama series Masters of Sex, it’s clear that theshow

will really go there.
SHEEN:  Oh, it goes there, yes!
Was that challenge of the material part of what attracted you to it?
SHEEN:  I think so, yeah.  What really attracted me was that there’s such potential there.  With something like that, you could potentially end up doing seven seasons, but all you’ve got to go on is one pilot episode.  So, when I read the pilot episode, I thought there was such potential, in all kinds of ways.  What the subject matter is about is interesting and different, and we haven’t really seen that before.  It’s very intense.  And I thought there was a lot of opportunity there to really explore something we find taboo, in some ways, and a bit embarrassing.  I thought that was interesting.  But then, there’s just the lives of these characters because they’re real people.  I’ve read about their lives, so I know the major events and the things that they were dealing with.  Thinking about how that might play out, over multiple seasons, I thought there was so much richness and potential there.  The whole thing, really, was exciting.
How is Lizzy Caplan, as a co-star?

SHEEN:  She’s great fun!  She’s got a great background in comedy, but she’s a fantastic actress, as well.  I think it could be really exciting.  I’m looking forward to getting the scripts now, for the first season.


Tell us about Showtime's "Masters of Sex," which you are producing and starring in.IMichael Sheen: t's a series that we did the pilot for earlier this year that is based on real people, William Masters and Virginia Johnson, who in the late '50s and early '60s were pioneering sex research. A lot of their work was controversial and, when it was published, led to a huge reaction and the sexual revolution. Their private lives were very complicated and unusual. Their story plays out over the decades and their lives reflect the changes in society over that period of time. It's a fascinating story with a lot of potential, so I'm looking forward to it.
And more from Vulture.com:
You and Lizzy Caplan have a Showtime series coming up calledMasters of Sex, about sexual researchers Masters and Johnson. It sounds a bit like Kinsey, which was made by your Breaking Dawn director Bill Condon.
Michael Sheen: Kinsey was sort of around a few years previous to Masters and Johnson, and his work was really based on questionnaires, so the big difference was that the work the Masters did was with actual people, you know. It wasn't just asking questions and compiling information. This was about actually looking at the effects on the body of sex, which obviously involves having bodies to research on, and since it's on Showtime, you get total freedom really in terms of exploring it. It should be fascinating.
Lizzy Caplan has said that she's agitating for you to go nude in the show, in the name of equal representation.
Michael Sheen: [Laughs.] Well, I think some things are best enjoyed in small doses. 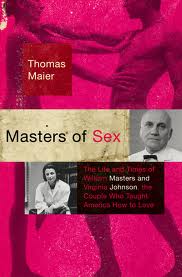