Nothing to Watch? Fear Not in 2013. "Masters of Sex" on the Critics List of What to Look For in New Year. "The Balancing Act" of Drama and Humor, Sexy or Geeky? Read the Book and Watch the Show, Then You Decide -- Just Like They Say on Fox News!! 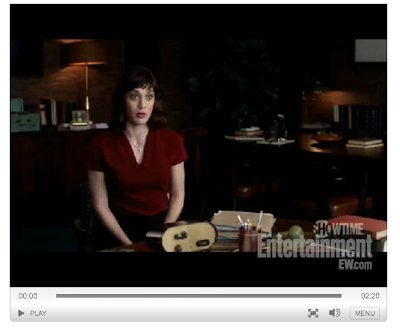 Ok TV fans, "Masters of Sex" -- the new Showtime series based on the bio of Masters and Johnson -- is being touted as one of the top new shows to keep an eye on in the new year. Everyone is trying to figure out what it's going to be like -- a dramedy or a comedra? Superserious or super-sexy? What's fun to watch are some of the opinions out there. I have my own thoughts too. Entertainment Weekly's top critic Ken Tucker put MOS in his top 3 shows to check out in 2013. Tucker says:

Starring Michael Sheen (The Queen) and Lizzy Caplan (Party Down) in the title roles, Masters of Sex will be interesting to the extent that it explores female sexual desires as much as it does men’s urges. And, of course, always crucial with subject matter like this, the degree to which the sex in the show is dealt with as clinical and turn-on. Leave out either aspect, and the result will be disappointing; play up either too much, and dullness could rule. One of the trickier balancing acts on upcoming TV.

I think Tucker 'balancing act' observation is very perceptive. If you read the reviews of the book, particularly the NY Times, you'll find that there was indeed some humor and wit mixed in with the serious stuff about Masters and Johnson's life together. And I know Michelle Ashford, the creator of the series, is intent on bringing that same balance to the series. They start filming in Hollywood in mid-January. Director John Madden has described the series as a combo of 'Mad Men' and "House' -- the short hand for a series with a long narrative arc a la Mad Man but also the 'procedural' of case studies found on House. But importantly, I think the comedic aspects will be witty and ironic without being creepy or leering, and will go a long way towards setting up some of the drama and tragedy that will follow. When a show has two actors as naturally witty as Michael Sheen and Lizzy Caplan, you have an added bonus. In a sense, I'd like to see the show have the same sense of humor and wit about sex as the 1963 Oscar winner "Tom Jones" or Madden's own 1998 Oscar winner 'Shakespeare in Love'. Ken Tucker is right: it'll be a real balancing act. 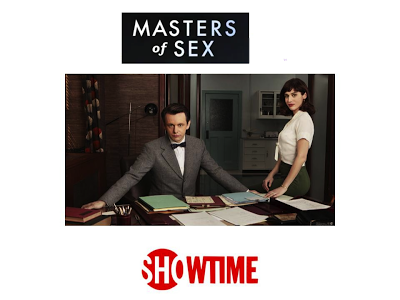 In Time magazine, TV critic James Poniewozik also cites "Masters of Sex" as a show to look out for in 2013. And Digital Spy includes "Masters of Sex" on its list of 15 exciting new TV shows for 2013. Showtime showed a snippet of "Masters of Sex" on a commercial right after the season finales of "Homeland" and "Dexter" and it sparked this response from the Sean O'Neal on the always fun to read website, A.V. Club. You can see the whole Showtime video snippet on that website or on Showtime's site.
Email Post
Labels: A.V. Club Entertainment Weekly EW homeland House James Poniewozik John Madden Ken Tucker Lizzy Caplan Mad Men Masters of Sex Michael Sheen michelle ashford Sean O'Neal showtime Time