It's Official: Showtime Airs "Masters of Sex" on Sundays at 10pm starting Sept. 29, right after "Homeland"! Filming starts in two weeks in Hollywood 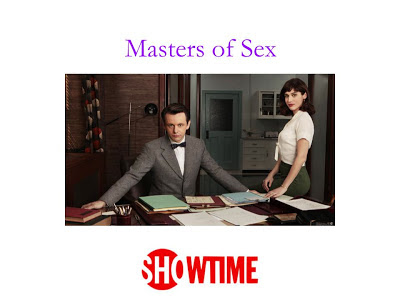 We can stop holding our breath, praying on bended knee, unravel our crossed fingers and throw out the rabbits' feet. At long last, it's official: "Masters of Sex", the acclaimed biography that became a dramatic TV show, will be airing on Showtime Sunday nights at 10 PM, immediately following the Emmy-winning show "Homeland"! Those who want to get a jump on things now can read the book, or wait until a newly-issued version arrives July 2. Today's TV series announcement was made by Showtime prez David Nevins in Hollywood at the TCA conclave. The cast -- starring Michael Sheen and Lizzy Caplan -- start filming in two weeks. The show's pilot was made last March in New York City and Long Island.
- January 12, 2013