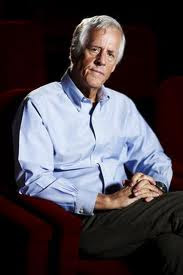 The famed British director Michael Apted tells the Los Angeles Times that he'll be directing an episode of Showtime's "Masters of Sex" based on the book of the same name. The season starts on Sunday Sept. 29. Here's the LA Times quote:

Q: A lot of intimate dramas have moved to television. A:That's definitely true. Things go in cycles. There was the independent film business for a bit and it got bought up by the majors and imploded, and now a good chunk of the American film industry is alive and well and living on cable. Actually, the next thing I'm going to do is an episode of "Masters of Sex" for Showtime, which I start in about three weeks.