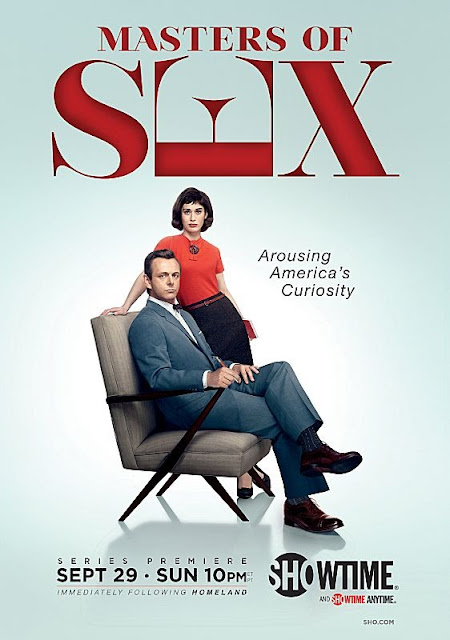 Here's one of the posters for "Masters of Sex", which I hope to see soon all around planet Earth. (not that I get around that much).

On Twitter, freelance correspondent Teddy Sears reports on the first sighting of a "Masters of Sex" billboard somewhere in greater Los Angeles. (Appropriately, it's posted on a CBS-owned billboard.)

A team of investigators will be dispatched to the New York subway system looking for similar sightings this weekend. 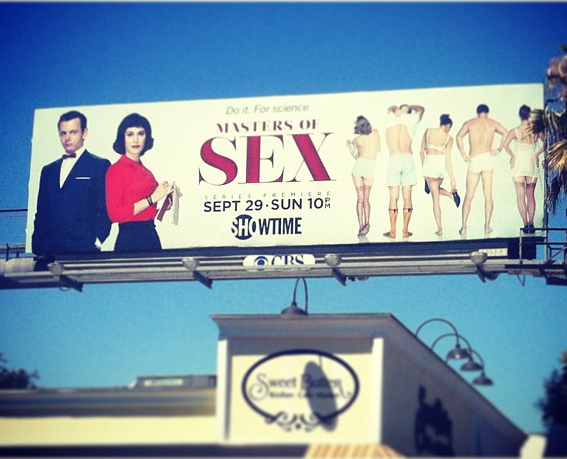