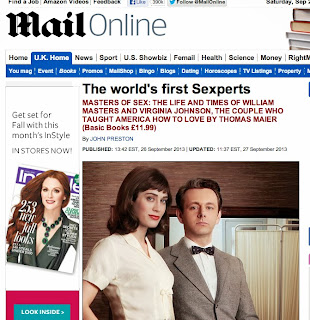 LONDON DAILY MAIL'S BOOK OF THE WEEK:
"It’s an extraordinary tale - stirring, dramatic, wonderfully funny, albeit in a wholly inadvertent sort of way, and ultimately tragic.

Thomas Maier’s account is as thorough as it’s briskly paced. Full of shrewdness and sympathy, it also vividly evokes the spirit of the times.
But perhaps most importantly of all, he’s nailed the central paradox that lies at the heart of the story. Masters of sex they may have been, yet in every other respect Masters and Johnson were hopelessly, almost childishly, naïve."

TIME MAGAZINE CALLS MASTERS OF SEX: "THE BEST NEW SHOW OF THE FALL" with its critic adding: "Masters of Sex is nuanced, intelligently acted, and swellegantly directed, and I highly recommend it." 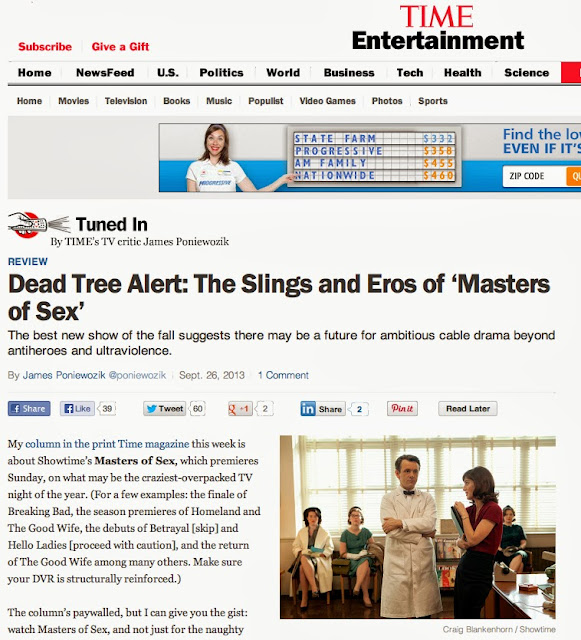 SLATE MAGAZINE calls MOS "The Best New Show on TV" with the funniest opening sentence of any review I've read so far. 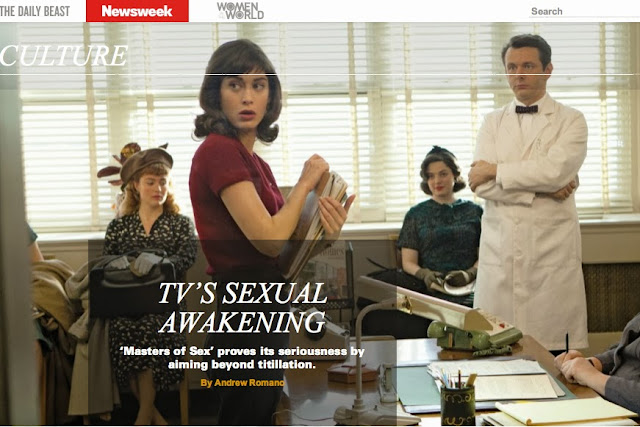 TIME OUT CHICAGO likes it -- "Fall's best new show" -- based on the book by an old Sun-Timeser. 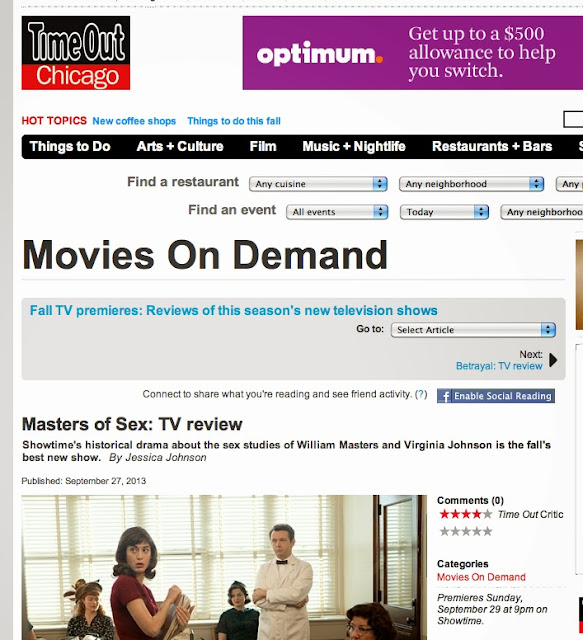 THE ATLANTIC is very generous in its praise of the show... 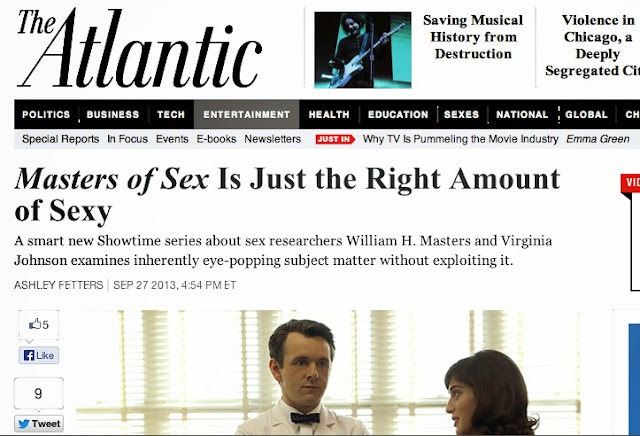 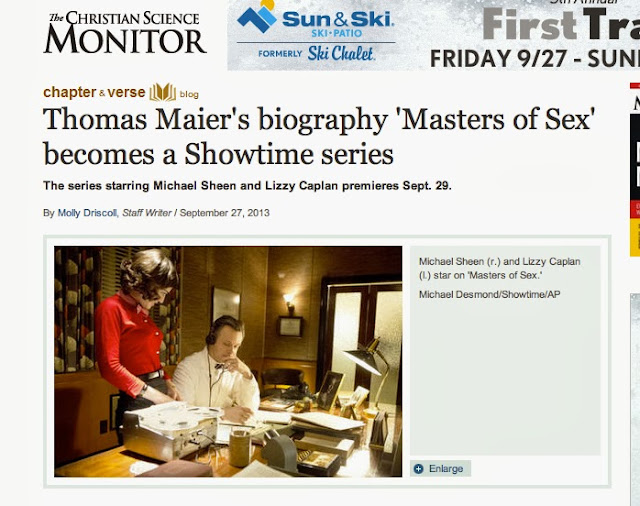 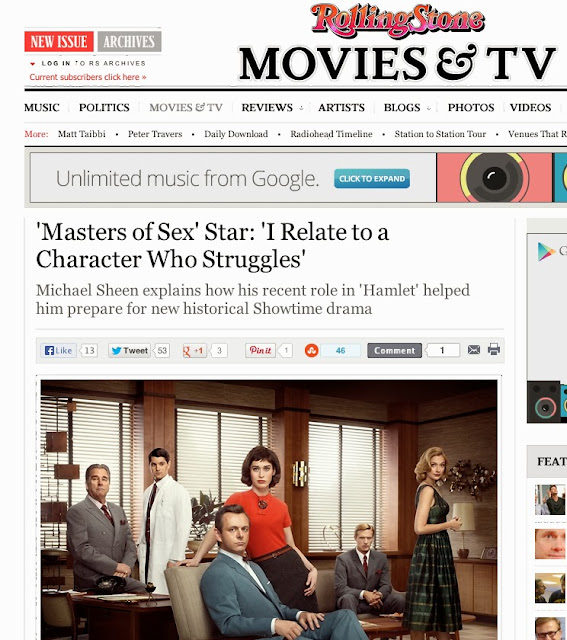 ... And The New York Times was just ok (Metacritic called it a "Positive" review). Not to quibble, but somehow the reviewer doesn't seem to know the Oxford University Dictionary definition of a drama. ("DRAMA -- the general term for performances in which actors impersonate the actions and speech of fictional or historical characters (or non‐human entities) for the entertainment of an audience, either on a stage or by means of a broadcast"). Showtime says "Masters of Sex" is a drama created by Michelle Ashford, adapted from my book but nit-picks on "inaccuracies" as if the show is a documentary. Duh! This is one of those cases where viewers are a lot smarter than the reviewers.
Nevertheless, we love the wisdom of The NY Times' daily reviewer Dwight Garner. Without that review, no one is coming around making my book into TV show!
And Showtime wasn't too upset. It showered thousands of dollars in online ads to "SEX" up the front page of the Grey Old Lady today. The old girl has never looked so good! 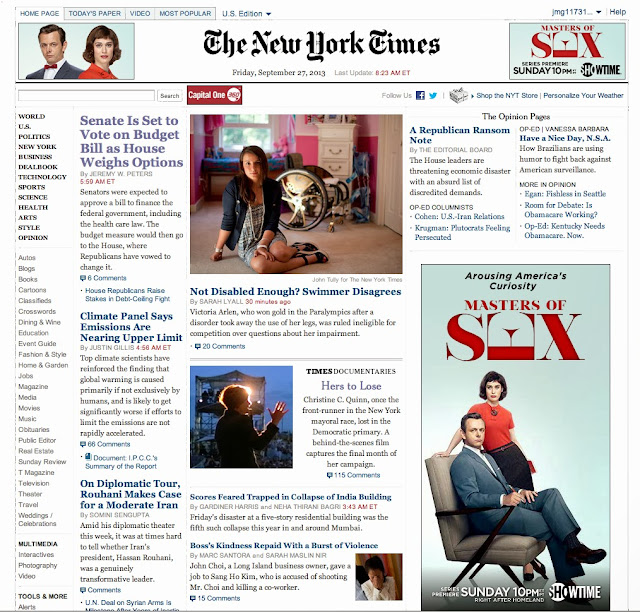