Showtime Renews "Masters of Sex" for Second Season in 2014 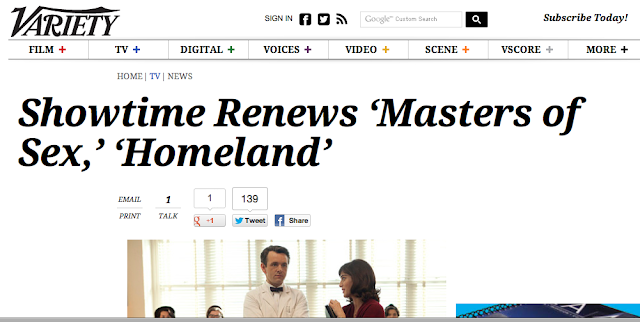 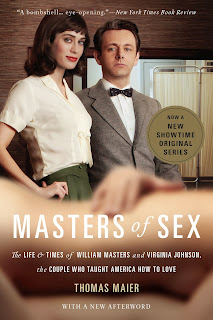 Less than a month after its premiere, Showtime renewed "Masters of Sex" for a second season along with "Homeland." The new series is based on my biography of Masters and Johnson and was developed for television by Sony. This big endorsement by the U.S. cable network hopefully opens the door for more seasons to come. "Masters of Sex" is seen in more than 15 nations around the world and the book was recently re-issued with actors Michael Sheen and Lizzy Caplan on the cover, as well as a Spanish language version.