"Fight" Episode Roots in Book: Story of Virginia Johnson and the Army Captain: Read The Excerpt 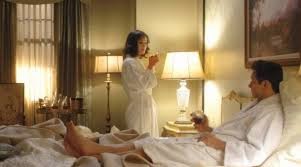 The highly-praised "Fight" episode in Season 2 of "Masters of Sex" draws substantially from my book. Bill Masters' recollection of his difficult relationship with his father is one example, and readers can look up the chapter entitled "Never Going Home" to learn more.
But as a public service (sort of), here is an excerpt from the book about the Army captain that the character of Virginia Johnson played by the Emmy nominated actress Lizzy Caplan, talks about at length during the "Fight" episode. In doing the research for the book, I distinctly remember the emotional tone in the real-life Virginia's voice as she recalled this lost love from her youth. 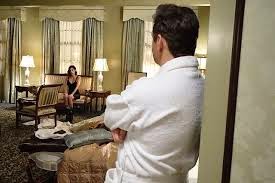 With her flings and passing affairs, Virginia always managed
to get away unscathed. She never suffered a broken heart,
not the way Red Foley or Hank Williams crooned in their lovesick
songs. Never did she feel that way until she went out with an Army
captain following a show at Fort Leonard Wood. A stagehand told
her of a knock at the dressing room door. There she found the handsome
captain she’d met earlier at a swimming pool. The fragility
of life in wartime, the passion of youth, and the intimate dancing
to slow melodies at the Army base added intensity to their romance.
“The love of your life always has to do with a time and place more
than anything else,” she later explained. “The Army captain would
have been mine, I suppose.” In him, Virginia found a man as smart
and assertive as he was physically attractive, someone who was
her contemporary but possessed a wisdom about the world that
she admired, even coveted. “He was twenty-six and I wasn’t much
over eighteen,” she said. “He was just a magician in terms of handling
people.”
Over that summer, the two became inseparable. Though they
were brought together by physical attraction, the Army captain
kept enough presence of mind to let Virginia know of another girl
in his life. “When we first met, I knew he was engaged because
he said, ‘You remind me of my fiancée,’” she remembered. “But he
continued to go out with me.” Virginia ignored this telling aside,
convinced her own love and passion for him would be enough. She
became part of the Army captain’s social circle at the base, embraced
by his best soldier friends and their wives and girlfriends.
The Army captain’s closest pal at Fort Leonard Wood was a slightly
older man of the same rank, with a wife and small child, who managed
to keep a car on the base. He let the Army captain and Virginia
borrow it whenever they wanted. On long drives throughout
the Missouri countryside, they parked under the trees and made
love to each other with abandon. Certain of her feelings, Virginia
convinced him one day to drive about seventy miles to Springfield
so she could introduce him to her parents and relatives. “We were
together constantly—we went everywhere and did everything,” she
recalled. “I took him home to my grandmother’s and the family
met him.” 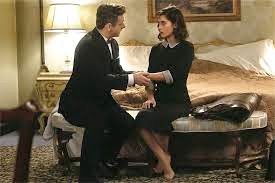 After nearly a year, Virginia knew she wanted to marry the
Army captain. She had forgotten their fleeting conversation about
his fiancée from a wealthy family back home. But one evening, the
Army captain’s demeanor, once so open and loving, turned sullen
and contrite. He had trouble getting out the words he intended to
say. “He could hardly tell me that he was going to be married,”
Virginia recalled. “When he wound up marrying his fiancée, he
broke me into small pieces.”
As the news spread on the Army base, their circle of friends
seemed almost as crestfallen as Virginia. “They rallied around me
and got so angry with him,” she remembered. “They were absolutely
shaken that he had done this—stayed with me all this time
and then out of the blue, married.” Wives and girlfriends, perhaps
mindful of their own vulnerable relationships in wartime, commiserated
with Virginia. The captain’s best friend—the married
one who lent his car to them—kept telling her, “I’ll marry you, I’ll
marry you!” as if applying some emotional balm to remove the
sting. Soon afterward, another couple in their circle married, and
Virginia went to the wedding alone with a Brownie camera. After
the ceremony, she stood outside the old Anglican chapel as the
crowd threw rice at the happy couple. “I was taking pictures there
and someone took the camera from my hand and took a picture
of me. And I looked like my family had just died. In the photo, I
looked so incredibly sad. I just hadn’t recovered. I was just devastated.”
Virginia stumbled across the faded photograph of herself
later in a forgotten album. “That may be why I never married anybody
I really cared about,” she reflected about the Army captain,
“because there was an echo of being deserted, of being left and rejected.
Actually I wasn’t rejected. Not exactly. Because I was never
in the picture, really.”
Afraid of being hurt again in the same way, Virginia entered
into a series of relationships over the next few years that could be
intimate and sexual, but never carried the same hope of lasting
love. She learned to separate her feelings of love and desire, both
with the men she dated and with those she ultimately married. “I
had an active interest in sex,” she explained, “but never particularly
to the men I was involved with.”
Email Post
Labels: Emmy Fight Lizzy Caplan Masters of Sex Michael Sheen showtime Thomas Maier