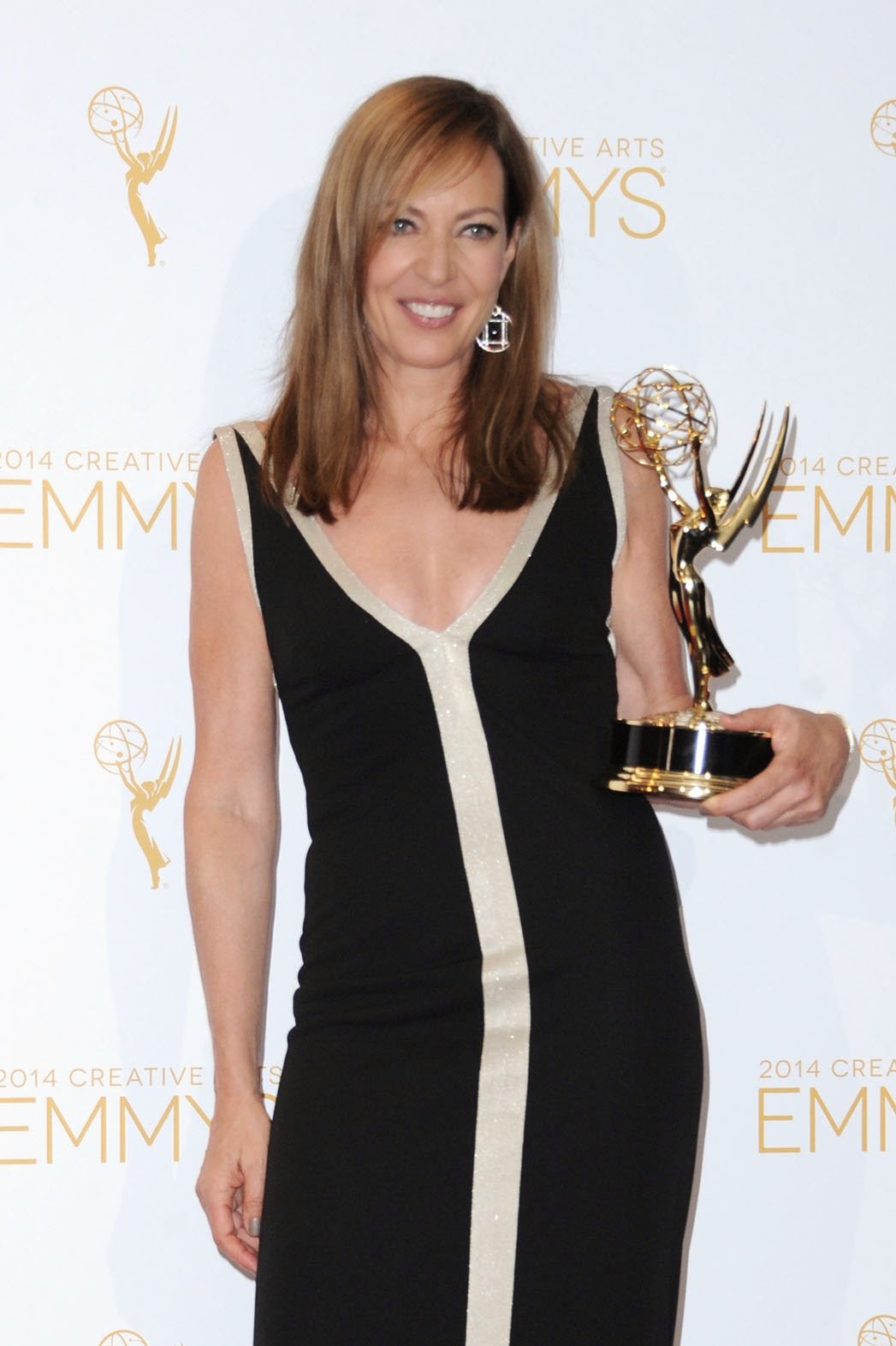 Masters of Sex is now an Emmy winner. Overall, the show was nominated for five different Emmy awards for its first season, and last night Allison Janney won for Outstanding Guest Actress. Congratulations to Allison for a wonderful performance!In other good news, "Masters of Sex" is #3 on the list of all-time books to TV series, according to Metacritic. Here's what they said: The highest-scoring Showtime series to date not named Homeland, Masters of Sex is, like the two shows above, also based on a nonfiction book, this one a lengthy biography of human sexuality pioneers William Masters and Virginia Johnson by journalist Thomas Maier. Adapting a book that spans many decades is no easy task, but writer/producer Michelle Ashford (The Pacific,Boomtown) seems to have pulled it off; the show's currently airing second season has collected even better reviews than its debut season. And if you want author Maier's take on how the series compares to his book, check out critic Alan Sepinwall's weekly episode recaps; Maier (who also serves as a producer on the program) usually offers his insight in the comments section.