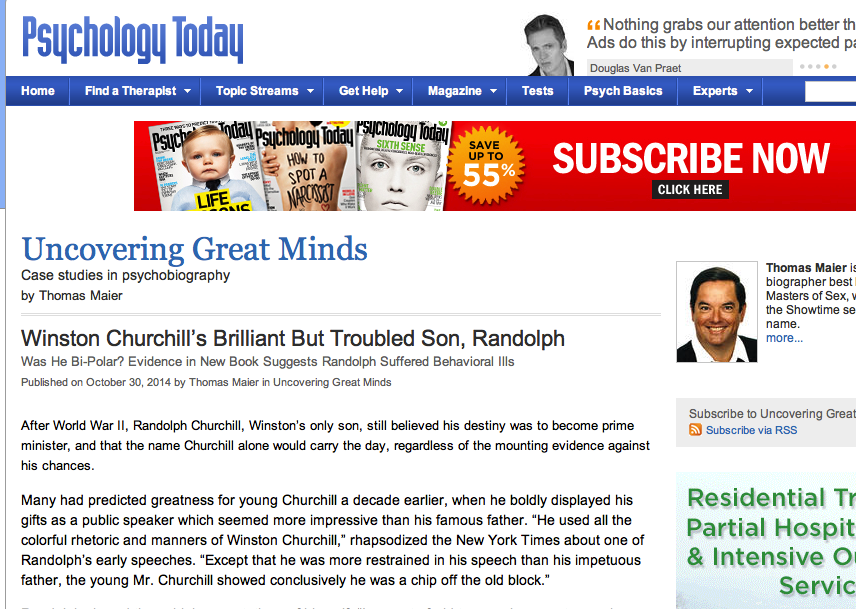 Winston Churchill's son Randolph Churchill was viewed as a future leader of Great Britain, just like his father. However, this brilliant but self-destructive young man appears to have suffered from a bi-polar disorder, with psychological behavior that Winston was ill equipped to understand or do anything about it.
This look at Churchill’s troubled son is from “WHEN LIONS ROAR: The Churchills and the Kennedys,” by Thomas Maier. You can read it here in Psychology Today. 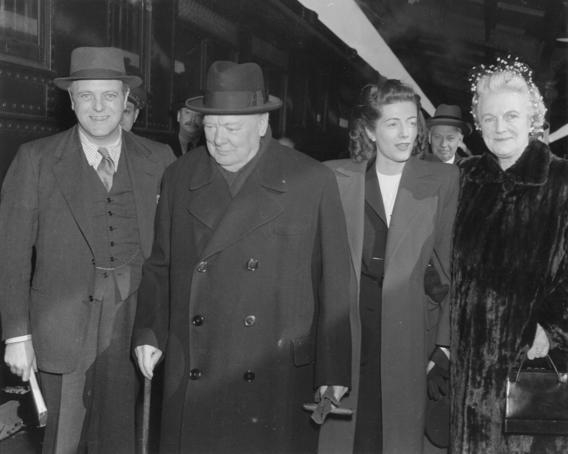