The Secret Boozy Deals of A Kennedy, A Churchill and A Roosevelt. Now in Time Magazine:

The Real-Life Story Is Revealed in A New Book, “WHEN LIONS ROAR: The Churchills and the Kennedys” by Thomas Maier.

Boardwalk Empire, HBO’s television drama set in the Prohibition era, unveiled a new  character this season -- a fictionalized Joe Kennedy, father of future President John F. Kennedy.
The TV show capitalizes on the elder Kennedy’s long-rumored reputation as a bootlegger. His fictionalized character tells Nucky Thompson, played by actor Steve Buschemi, about his big plan to sell British liquor in America when Prohibition ends in 1933.
"Gambling implies risk,” the fictional Kennedy tells Nucky, “I take the risk out of it.”
But the real story about Joe Kennedy’s British liquor deal -- untold until now -- is even more remarkable than the one portrayed on Boardwalk Empire.
In his new book “WHEN LIONS ROAR: The Churchills and the Kennedys,” investigative reporter Thomas Maier reveals how the real-life Joe Kennedy secured his British whiskey deal with the help of an even better-known figure -- Winston Churchill -- as well as Jimmy Roosevelt, the oldest son of then-U.S. president Franklin D. Roosevelt.
As Maier details for the first time, Churchill obtained a lucrative amount of stock in two U.S. companies controlled by Kennedy and his associates in an apparent “pay to play” arrangement around the same time Kennedy received British approval to ship Scotch whiskey and other liquor to America. The two U.S. companies were National Distillers -- Joe Kennedy was its New England liquor francise owner -- and a privately-owned New York City subway company, then controlled by Kennedy and another business associate, Bernard Baruch, who was a longtime Churchill ally in America.
The secret liquor deal was orchestrated during an October 1933 trip to England by Joe Kennedy and James Roosevelt that included a meeting with then financially troubled Churchill at his English estate, Chartwell Manor. As part of the arrangement with Kennedy, Jimmy Roosevelt also secured the insurance contract for the liquor shipments between America and Great Britain.
Kennedy wound up making millions from the British liquor deal once FDR signed the legislation ending Prohibition in December 1933. Joe Kennedy later sold his liquor company in 1946 for millions when his son John F. Kennedy first ran for Congress and began his march to the U.S. presidency.
Using previously unreleased documents, Maier shows how both Kennedy and Churchill benefitted from the British liquor arrangement and how President Roosevelt became alarmed a few months later when he learned that his son James was involved in this secret deal.
“How Churchill obtained money to invest in these two American stocks so intricately linked to Joe Kennedy’s quick-hit investment strategy remained part of the overall mystery shrouding this 1933 trip to Great Britain and its lucrative alcohol deals,” Maier writes in a chapter called “The Deal” in his new book that explores the four-decade relationship between the Churchills and the Kennedys. “On their face, however, these transactions seemed remarkably risky for a man who had lost much of his fortune in bad investments, who feared he might lose his beloved debt-ridden Chartwell Manor, and who had previously relied on friends to bail him out financially.”
Shortly after Kennedy returned from England with the British liquor contracts, Churchill sent a telegram to Kennedy’s business associate, Bernard Baruch, also a longtime friend of Winston. “I bought seven hundred Brooklyn Manhattan T around 30, sold four hundred around 35, and am sitting on three hundred,” Winston wrote to Baruch on October 15, 1933, shortly after entertaining his American visitors at Chartwell. “Many thanks for the fruitful suggestion.”
For years, both Joe Kennedy, Jimmy Roosevelt and her father the president denied any joint interest in the British liquor deal. But Maier quotes a document for the first time in which Jimmy admitted the truth years later. “I did have the insurance account of the National Distillers, which I got basically through Mr. Joseph Kennedy who was as you may remember a good friend of my father,” he said in 1972.
The disclosure about the secret liquor deal in WHEN LIONS ROAR recasts history, showing how Kennedy and Winston Churchill were friendly allies until they bitterly disgareed about America’s entry into World War II.
“WHEN LIONS ROAR: The Churchills and the Kennedys” is published on Oct. 28, two days after the series finale of Boardwalk Empire.
Maier previously wrote a 2003 book about the Kennedys and how their family’s Irish Catholic immigrant background influence. His most recent book, MASTERS OF SEX, about the lives of researchers Masters and Johnson, has been made into its own Emmy-winning TV drama on Showtime, now preparing for its third season next year. On Oct. 30, Maier will debut his new book at a luncheon at Castle Gould Hall in Sands Point, N.Y., the Long Island estate where the pilot for Masters of Sex was filmed in 2012.
For Time excerpt: http://time.com/3529756/kennedy-churchill-roosevelt-investment-deal/ 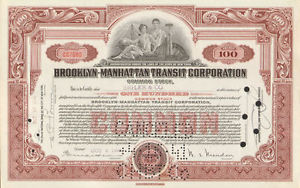