What if "WHEN LIONS ROAR" Became a TV Series? Casting Kennedy and Churchill with the 'Masters of Sex' Writer 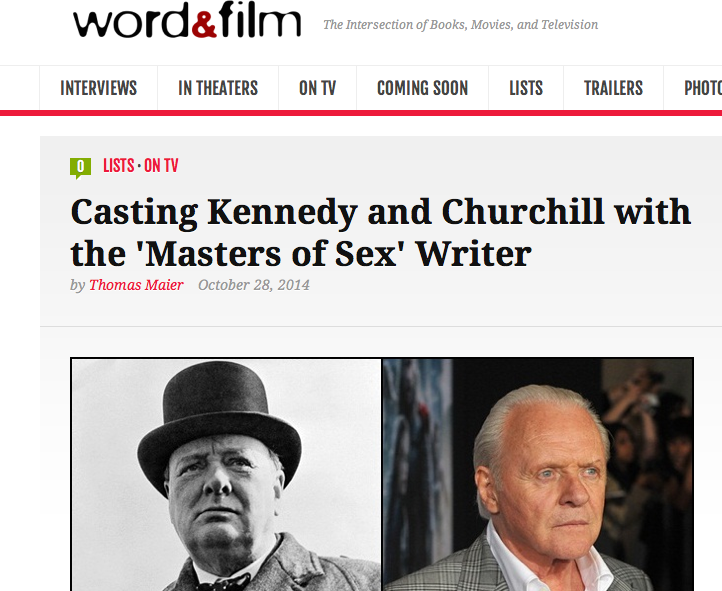 Casting Kennedy and Churchill with the 'Masters of Sex' Writer

This is from an essay that appeared in WORD & FILM, published by Random House:
http://www.wordandfilm.com/2014/10/casting-kennedy-churchill-masters-sex-writer/

Editor's Note: Thomas Maier is the author of five books, including The Kennedys: America's Emerald Kings and Masters of Sex, the basis for the Showtime series, as well as his latest, When Lions Roar: The Churchills and the Kennedys. We asked Thomas to set to dream casting When Lions Roar, and here's what he came up with.

In casting "Masters of Sex" - the Showtime television series based on my biography of Masters and Johnson - the producers sent me a long list of possible actors and actresses to play the lead roles. It reminded me of a conversation I had with the real-life Virginia Johnson years before, when I asked her if she ever wondered who could play the two sex researchers in a movie.

And for herself? "Joanne Newman," she said, with a Hollywood insider-like voice. After a moment, I realized she meant Joanne Woodward, the wife of actor Paul Newman.

It's a fun parlor game for authors with visions of seeing their latest work turned into a Hollywood extravaganza, either on the big screen or in the current "Golden Age" of premium television. 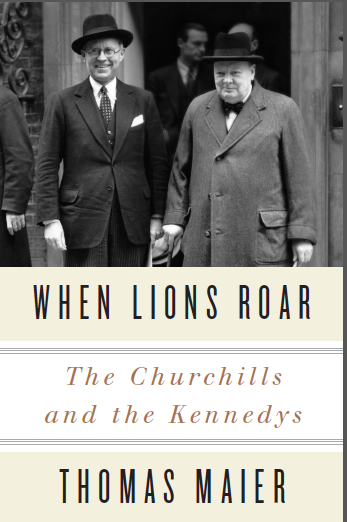 In writing my new book, When Lions Roar: The Churchills and the Kennedys, I recalled some of the thespians who in the past played members of these two famous families. And of course, I fantasized who might play them in the future if my new tome became a film or TV drama. Here's some of my "wish list" casting, past and future:

Randolph Churchill: Winston's once brilliant golden-haired son who became a fallen star hasn't been portrayed in the past, but my pick is Leonardo DiCaprio.

Clementine Churchill: In the past, Janet McTeer and Siân Phillips have portrayed Winston's Iron Lady wife, but who better now than Meryl Streep or Cate Blanchett?

Pamela Churchill Harriman: In WWII, Winston's daughter-in-law had an affair with Averell Harriman, a top American envoy to London, while her husband Randolph was away at war. Actress Ann-Margret once played Pamela, but my choice today is Kate Winslet or Carey Mulligan.

Lord Beaverbrook: This crafty millionaire helped Winston save England from Nazi attack but was also a pal of much-hated Joe Kennedy (actor Matt Letscher currently plays JFK's father in HBO's "Boardwalk Empire"). No one's ever played Beaverbrook, the conniving fixer, but who now? Hugh Laurie or Ralph Fiennes, I'd say.

Kick Kennedy: JFK's little-known sister was BFF with Pamela Churchill and broke her Irish Catholic mother's heart by marrying British royalty during the war. Actresses Tracy Pollan and Shannen Doherty once played her, but today I'd like to see Emma Stone or Jennifer Lawrence.

Aristotle Onassis: He married Jackie after JFK's death, but the Greek tycoon was also friends with Winston and Randolph Churchill, who sailed several times on his yacht. Actor Raúl Juliá once played Onassis; but for now, how about Joaquin Phoenix or Javier Bardem?

Of course, this "wish list" of talent would be too costly all together for any movie or television series. But things can always change, as I learned from experience. On that long list of potential stars for "Masters of Sex," two names didn't appear: Michael Sheen and Lizzy Caplan - and yet they ultimately got the parts of Masters and Johnson!
Email Post
Labels: Churchill Jackie Kennedy JFK John F. Kennedy Kennedys Masters of Sex Randolph Churchill showtime Thomas Maier When Lions Roar: The Churchills and the Kennedys winston churchill