In London, The Daily Mail on Sunday is quoting "WHEN LIONS ROAR: The Churchills and the Kennedys," about an FBI memo claiming Winston Churchill urged the US to nuke the Soviet Union in 1947. To read the whole story click here. 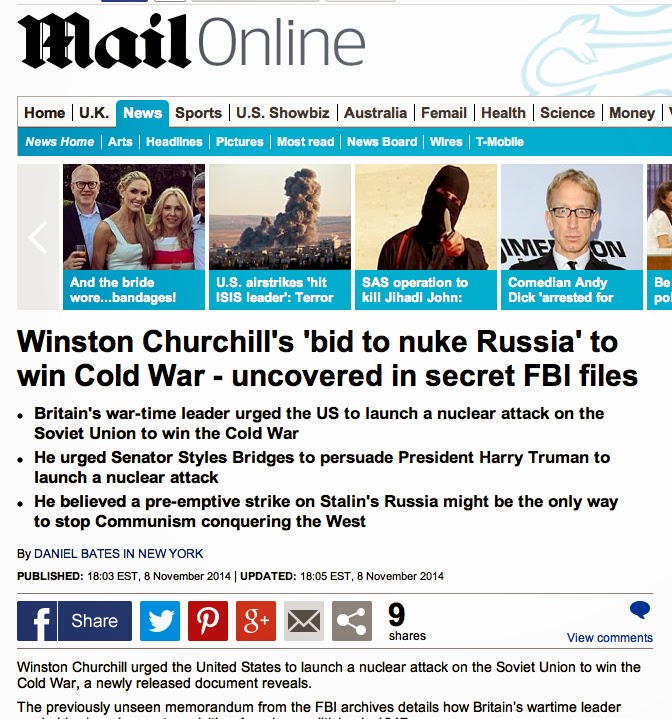 As the DAILY MAIL ONLINE reports, "the memo is published for the first time in a book called When Lions Roar: The Churchills And The Kennedys, by award-winning investigative journalist Thomas Maier. It is due to be published in Britain next month. John F. Kennedy regarded Churchill as his hero and made him an honorary American citizen in 1963 – the first person to be given such an accolade. 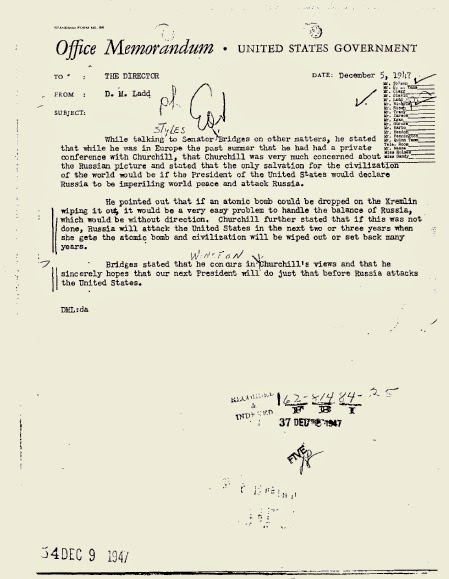 An excerpt from the book appeared on the ICIJ website: