Salon Runs Excerpt from WHEN LIONS ROAR: What Young Churchill Learned -- or Didn't-- from that American Sage Mark Twain: Read the Excerpt from the Book 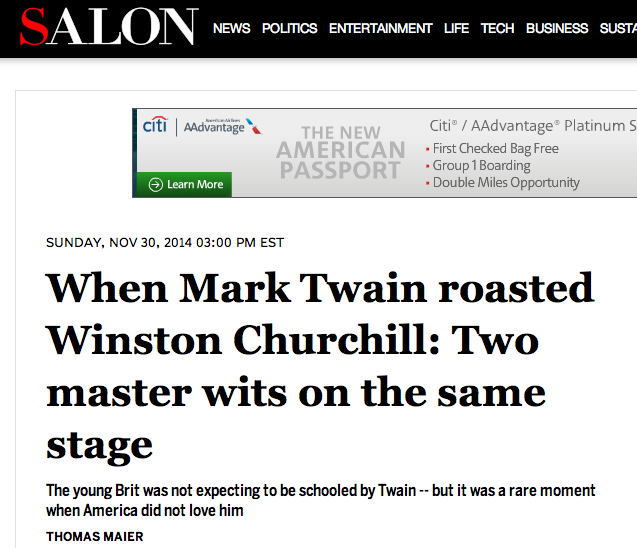