Memorial Day Remembrance: The Costs of War: An Excerpt from WHEN LIONS ROAR 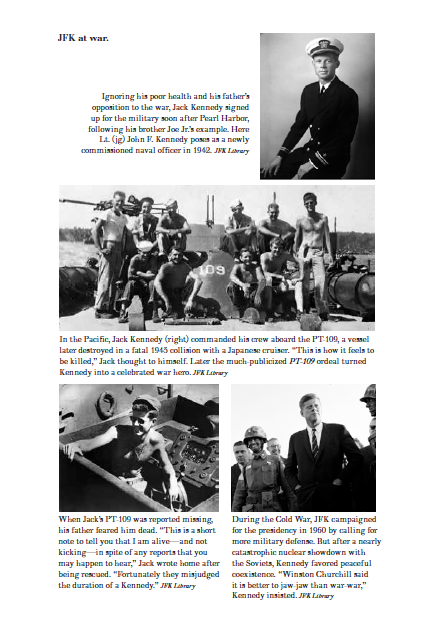 Since 1893, the Solomon Islands, an archipelago of nearly a thousand small swampy islands, had been a protectorate of the United Kingdom, though, by the time Jack Kennedy arrived, the British had mostly stopped protecting it. Only the British resident commissioner and a few others remained, hidden in the tropical jungle brush by local natives. They provided a coast-watching service, a crude local form of British intelligence that alerted American commanders to enemy ships nearby.
It would be up to U.S. forces to begin pushing back the Japanese assault in the Pacific, just as Britain had fought mostly alone against Germany and Italy in the early years of the war. Winston Churchill had convinced Roosevelt to prevail first in Europe—including the sweep through the Middle East known as Operation Torch—before America’s full attention returned to the Pacific. “Although we had little knowledge of American Pacific plans, we realised that an intense crisis had arisen in the Solomons,” Churchill recalled. “It was obvious that no [British] carriers could reach the scene for many weeks. I earnestly desired to help in this heroic struggle, but with the main naval responsibility for landing the Anglo-American Army in North-West Africa upon us we could make no immediate proposal.” Not until December 1942 did Churchill—now calling himself the “former naval person” in private notes to FDR—dare risk sending a handful of British ships to the Pacific. By the summer of 1943 they had joined an embattled fleet of American battleships, carriers, and small wooden craft known as PT (for “patrol torpedo”) boats, one of which would be commanded by twenty-six-year-old John F. Kennedy.
Back in the United States, Kennedy’s family worried greatly about his safety, especially with news of intense combat against the Japanese, seemingly determined to fight island by island. Rose enlisted nuns to pray for her son’s cause. Jack, with his own sense of grace under pressure, tried to make light of the very real prospect he’d soon be killed. “Kathleen reports that even a fortune-teller says that I’m coming back in one piece,” he wrote home. “I hope that it won’t be taken as a sign of lack of confidence in you all or the Church if I continue to duck.”
On August 2, Kennedy’s PT-109, with a crew of thirteen aboard, cruised quietly into the thick blackness of night. Without warning, a Japanese destroyer cut through their boat, slicing it in half with everyone hurled into the water. Two crewmates died within moments. “This is how it feels to be killed,” Jack thought to himself, as he later recalled. While some later blamed the crash on his inexperience or neglect, Kennedy’s actions immediately afterward were unquestionably heroic. Despite hurting his back, the ensign swam around the flaming debris. He helped pull his surviving crew members up onto the boat’s wreckage, still floating in the water. Knowing his band of survivors couldn’t stay, and risk capture by the Japanese, he convinced his crew to swim toward a small island three miles away. He gave the most injured sailor, who didn’t know how to swim, a large life preserver and towed him to safety. When the Japanese neared, the group moved again to another island.
Back at the PT base on Rendova Island, most believed Kennedy and his crew had been killed. The commander held a memorial service and didn’t send any boats looking for their bodies. “Jack Kennedy, Ambassador’s son, was on the same boat and lost his life,” one officer at the base wrote home. Eventually after three days of fear and brutal conditions, Kennedy and his crew discovered some local natives willing to carry a coconut back to the PT base. Jack carved a message on its greenish shell: “Nauro Isl . . . commander . . . native knows pos’it . . . He can pilot . . . 11 alive . . . need small boat . . . Kennedy.”
The coconut wound up in the hands of Reginald Evans, an Australian coast-watcher, the last remnants of the British Empire’s presence on the islands. Evans arranged for a group of natives to travel back to the island by canoe, carrying enough food to feed the Americans. Jack was handed a letter by the native group’s leader, Benjamin Kevu, who spoke the King’s English perfectly, with instructions on how to return to safety.
“You’ve got to hand it to the British,” Jack told one his crewmates, amazed at their good fortune.
Then Kennedy left his men and returned with the natives in their canoe, which had enough room for only one passenger. They covered this battered young American with palm fronds, to avoid detection as Japanese fighter planes flew overhead. Soon Kennedy met Evans at his secret hideaway, and two PT boats, alerted by the coast-watcher, left Rendova and picked up Jack. He showed them where to find his stranded crew.
When his surviving crew arrived at Rendova, Kennedy took the old gold coin from around his neck, the gift from Clare Boothe Luce, and gave it to the native scouts who’d carried the coconut with his message. He later thanked the congresswoman again for the “good-luck piece,” as he called it, which “did service above and beyond its routine duties during a rather busy period.”

For four days, Joe Kennedy knew his son was missing in action, but he chose not to tell Rose or anyone else in their family. He’d always feared one of his sons might be killed in this war—the conflict he never wanted, always dreaded, which had ruined his public reputation. Then, on a car ride home, while listening to the radio, Joe heard a news alert of Jack’s rescue. Overcome with emotion, he drove off the road and into a field. When he arrived back at the house, Rose fell into his arms and rejoiced. “He is really at home—the boy for whom you prayed so hard—at the mention of whose name your eyes would become dimmed—the youngster who you would think dead some nights & you wake up with sorrow clutching at your heart,” Rose later wrote in her diary. “What a sense of gratitude to God to have spared him.”
After witnessing death all around him in such brutal form, Jack found his carefree attitude chipped away. In seeing friends killed, he became more bitterly ironic about the pretense of war, and more philosophic about fate and mortality. He had come to the Pacific partly to show that he wasn’t a coward, wasn’t an appeaser, as they said about his family behind his back. His own instincts proved right—and quite ironic when his round-robin letter to his family, written obviously before the PT-109 disaster, was received at home on August 10, containing this assurance: “I myself am completely—and thoroughly convinced that nothing is going to happen to me.” His letter mentioned one of the two men lost on his boat, Andrew Kirksey—a married man with three children—who nearly got killed during a bombing shortly before the PT-109 accident. “He never really got over it, he always seemed to have the feeling that something was going to happen to him,” Jack recalled. “When a fellow gets the feeling that he’s in for it—the only thing to do is let him get off the boat—because strangely enough they always seem to be the ones that do get it. I don’t know if it’s coincidence or what.”
Jack was upset to find how quickly his Navy superiors had given up in their initial search for the PT-109’s crew. He worried his family may have heard of his presumed death. “This is a short note to tell you that I am alive—and not kicking—in spite of any reports that you may happen to hear,” he wrote home immediately after being rescued from the PT-109 debacle. “It was believed otherwise for a few days—so reports or rumors may have gotten back to you. Fortunately they misjudged the duration of a Kennedy.”
After the PT-109 incident, Jack Kennedy disdained politicians who embraced the rhetoric of war. “People get so used to talking about billions of dollars and millions of soldiers that thousands dead sounds like drops in the bucket,” he wrote to his parents. “But if those thousands want to live as much as the ten I saw—they should measure their words with great care.” 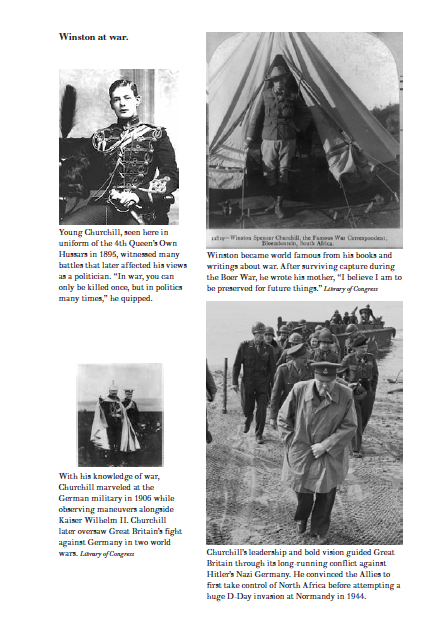