Before Superstorm Sandy, A 1998 Warning about Building on Long Island's Fragile Coastline 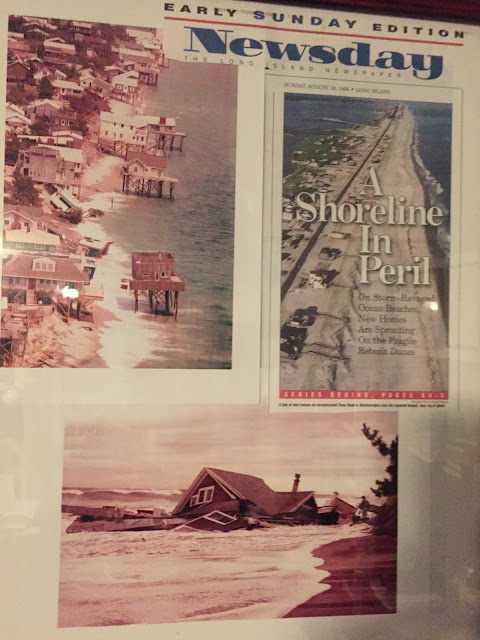 Back in 1998, this five-part Newsday series warned about the perils of massive building along the Hamptons and Fire Island shorelines - Long Island's fragile environmental jewel. It showed how some owners made millions by speculating on coastline properties. Some were under water but recovered through taxpayer-subsidized sand projects. Then new houses went up again.

The series appeared during the '98 summer and was essentially ignored. (Although New Yorker editor David Remnick left a message saying how much he liked it).

When Superstorm Sandy came along in 2012, the warnings were realized. Some 100,000 Long Island homes were damaged or destroyed. The before and after photos  of Fire Island are remarkable.

Not every series has an immediate impact. But I was glad that we did series before the disaster struck -- a real public service. Here's the summary of the series that appeared in the IRE Journal:

Shoreline in Peril, 1998 Newsday series: For years, the rich and powerful have built lavish second homes along the 75-mile Atlantic Ocean shoreline from Fire Island to the Hamptons, and for just about as long, the forces of nature have come along to eat away at what some have called one of the most beautiful beaches in the world. While building on property they own is the right of anyone who can afford it, this investigation found that to a large extent, property owners on Long Island's ocean shores were doing it at the public expense. By Thomas Maier and John Riley, IRE JOURNAL